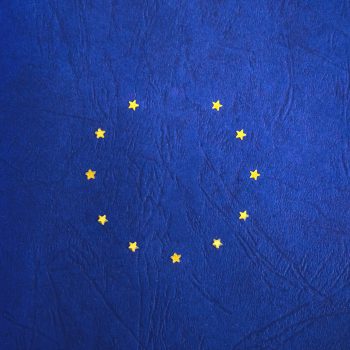 It is with a heavy heart that today we say goodbye to the European Union!

On the afternoon of January 29th, 2020,  EU Parliament approved the text of the United Kingdom’s withdrawal agreement from the European Union.  This was the last missing piece to finalize the agreement; which was approved on October 17th, 2019 by the European Council (along with the Political Declaration on the framework for future relations) and on January 9th, 2020 by the House of Commons of the British Parliament. The agreement was then ratified by the Upper House of the United Kingdom (January 22nd, 2020), and countersigned by Queen Elizabeth II (January 24, 2020).

It is necessary to remind you that this agreement calibrates the British withdrawal in an orderly manner for citizens/businesses. The UK will therefore enter a transitional period from February 1st to December 31st 2020.

During this period, there will be no changes to terms for trading with the EU or rest of the world. This includes all legislation and procedures regarding the free movement of people, services, capital and goods. There will also be no new customs procedures at present.

As always, further information on Brexit can be found at www.gov.uk/transition

David Burnham and all the WBS team.

If you have any questions as to how to best prepare, please do not hesitate to contact us here

As MPs prepare to vote on Johnson’s proposal for an early general election, EU leaders have agreed to extend Brexit until 31 January 2020.

Johnson, who repeatedly stated that the UK would leave on 31 October with or without a deal, was required to apply for an extension 10 days ago. This occurred after MPs rejected his three day timetable to review the proposed Withdrawal Bill.

This agreement is a ‘flextension’. This means that the UK can leave before this date if a deal is approved by Parliament; a challenge that is yet to be achieved. As it stands, trading between the UK and EU will remain unchanged until the extension deadline at the end of January (or earlier if a deal is approved prior to this). It is unclear what will happen after this date as at present a No Deal Brexit is still possible. A transition period will be put into place once Article 50 is triggered until at least the end of 2020. Despite this, we advise you to continue working on contingency plans to limit disruption to shipments in the event of a No Deal Brexit.

1. Apply for and send us your EORI number

To trade with the EU after a No Deal Brexit, you will need to obtain an EORI number and quote this on all import and export customs declarations. You can apply for this here.

2. Apply for TSP (if you currently import from mainland EU into the UK)

TSP (Transitional Simplified Procedures) has been designed to try and avoid delays at major entry ports of EU goods in the UK. Simply, you would need to quote your EORI number to import as opposed to arranging for an import customs entry.

You will need a Customs Deferment Account to pay any import duty due. Your organisation should be established in the UK. HMRC will expect you to keep records of your imports coming in via TSP and you will need to submit a TSP return by the 4th working day of the following month (first declaration suspended for six months).

3. Find out what customs tariff codes apply to your products

Unless TSP for imports are activated, customs tariff codes will need to be stated on any import/export declarations to HMRC. This will determine the percentage of import duty to be paid. The HMRC trade tariff can be found here.

Further questions about how the extension of Article 50 is set to impact your shipments? Contact us today

As Johnson continues to lead Brexit negotiations in the hope of reaching a deal before the EU summit in Brussels later this week, we remind you to send us your EORI numbers as soon as possible. This will limit the likelihood of shipments being affected if customs procedures between the UK and your country are put in place.

What are EORI numbers?

They are used in the process of customs declarations and customs clearance for both import and export shipments travelling to/from the EU and countries outside the EU. This number is used to track and identify customs information within the EU.

You can apply for this here.

According to the votes in UK Parliament last week the likelihood of a “No Deal” Brexit on the 29th March has been reduced – but is still not completely off the table. This will depend on a possible further vote on the existing government deal which has so far failed to get acceptance, and if this does not pass, or is not put to a vote, the willingness of the combined EU governments to grant an extension to Article 50, which is the mechanism for the UK to negotiate withdrawal from the EU.

With every update we can only continue to prepare as far as possible for every eventuality.

In a no deal scenario, EORI numbers must be held by importers and provided to carriers. Traders can also register to use TSP (transitional simplified procedures) to delay the need for full declarations when importing goods from the EU into the UK at RoRo locations. These will be reviewed 3 to 6 months after March 29, 2019 with HMRC providing a 12 month notice period when this policy changes. Many matters are still under discussion with policy and procedural changes expected.

1. Send us your EU EORI number

If you currently partake in the import or export of goods into or out of the EU and would like to continue to do so, you need to apply for an EORI “Economic Operators Registration and Identification” number – a basic requirement for continuing physical trade of goods with the EU. We urge traders to apply as soon as possible if they haven’t already done so – apply here.

Already have an EORI number? Please send this to us by email

2. Advise the details of your local customs clearance agent

Use a local agent? We can help with this if you are not sure how to proceed, or if you do not have an agent in place. Please contact us if you need our advice or recommendation.

As we begin 2019 it is still difficult to predict the outcome of the future relationship between Britain and the European Union.

Even in the event of “no deal” the UK is set to remain a member of the Common Transit Convention (CTC) which assists and simplifies the process of trade between UK suppliers and other members of the convention. A draft withdrawal agreement published on November 14, 2018 sets direction for ongoing debates in the House of Commons and may come into force if support is obtained before March 29, 2019.

As our valued customer, you can help assist us in preparation for successful customs clearance in the event of a “no deal” scenario by becoming aware in advance of the relevant documentation and processes required.

We would therefore like to take this opportunity to remind our customers of the procedures and the steps we will need to take IF customs procedures become necessary for your UK and USA imports:

It is our aim to do everything within our control to make sure that you can continue to offer books from the UK and the USA to your customers without unnecessary disruption.

Should it become necessary for us to record and output the value of the books we are delivering to you for customs clearance purposes, you can help us by asking your suppliers to ensure that they are giving us the information we need in the form of invoice values and invoice detail for the items in your orders.

They can do this in two ways:

When we need to we can also use this data to record the value of your consignments and all the details you will need to quickly arrange customs clearance should this become a requirement.

Whatever the outcome Worldwide Book Services will be with you every step of the way with export help and guidance.